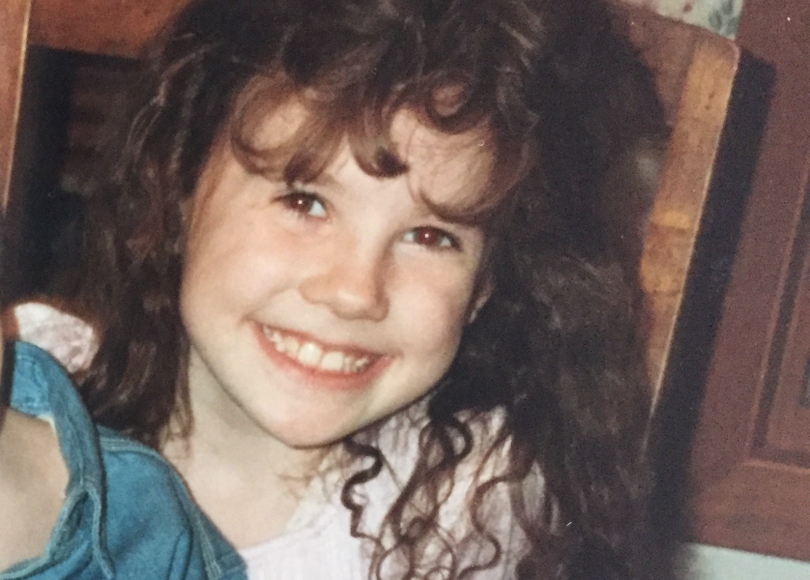 Well THIS is certainly scary.

A long time ago, in a galaxy far, far away… I decided I wanted to be a writer. Don’t worry, this isn’t a Star Wars blog – it’s far less exciting than that, I assure you.

This is a blog in which I fulfill a childhood goal, mostly out of sheer stubbornness and also because it’s very sad that as a child I thought that creating a blog was a noteworthy achievement. Young me had aspirations that were as giant and mighty as her two front teeth (see photo above).

Writing has always been part of who I am. In fact, it’s about the only thing I’ve ever wanted to do career-wise (if you call writing a career, and so far, I don’t) that I’ve stuck with for 30 years and counting. Everything else just comes and goes like me changing my underwear.  I’ve fulfilled a plethora of job titles over the years (you’ll hear all about that later), but I’ve pretty much always been a writer. Self-proclaimed, but proclaimed nonetheless.  Isn’t that the beauty of “being a writer”?  If you want to be one, just create a blog and say you are.  Poof, you’re a writer!

This isn’t my first rodeo, however.  I wrote my first ever novel in 3rd grade.  It was entitled “The Friendship Stone” and filled up about 1/4th of a red spiral-bound notebook that I bought with my tooth fairy monies from Dollar General. I won’t regale you with the complexities of the plot, but I based its contents and characters off of real-life events, so if you were featured as a bad guy, well, that’s where you landed on my totem pole (stop complaining – at least you were in it).

Despite its rave reviews from the critics (thanks, Mom!) “The Friendship Stone” never made it to the big-time. Currently, it’s stuffed away in a box in my parents’ attic, and I hope I never see it again. Mostly because there are probably spiders nested in that box by now. No thank you.

Ever since then, I’ve written on and off about whatever mildly amusing thing that came to my brain, buried it in an obscure Word Document and shoved it into whatever random folder on whatever laptop I was burning through at the time.  Subsequently I then lost it for all of time when said-laptop crashed and burned. Even as I type this, my current laptop is literally clicking down to the last seconds of its life in which I lose everything I’ve collected over the past 4 years (I’ve had this sucker for 4 years?!? It could literally explode at any moment!).

I’ve got 30 years behind me now, and I finally feel seasoned enough to share some musings with you.  I’ve got some light to shed on this whole “Millennial experience”, or as all of us who are currently experiencing it like to call it: “ahhhhhHHHHHHHH!!!!!!!”

And I guess if I’m being honest, now that I’m getting *gulp* older… it won’t hurt if I actually document something I’ve written.   You know, so that at my funeral some day these can be utilized. I hate to be dark, but there’s got to be documentation of my writing at my own funeral, and nobody’s going to be brave enough to dig into the spider box for that Dollar General notebook.

Loooooooong story short – and you’ll see just how long my stories can get if you stick around for blogs #2 through whenever-I-get-sick-of-doing-it – I’m doing it.

I know, I know, another Millennial speaking their mind via a blog. I can literally feel the eyes rolling.  But I’m doing it anyway.  And I’m not doing it for you.  I’m doing it for the author of “The Friendship Stone.”  Because she was not one bit afraid to write about her life, or what she thought of anything.  And she was rad.  Even for a Millennial.

So, here goes nothing.  At worst, here’s some stuff that didn’t explode with my laptop.  At best, I can only hope and pray that this blog’s literary quality might some day equal that of “The Friendship Stone” in the eyes of my mother and my peers.

Except for the peers who I made the bad guys, because obviously, I don’t care what they think.